DAVE is a modern-day Frank Capra film worth a watch 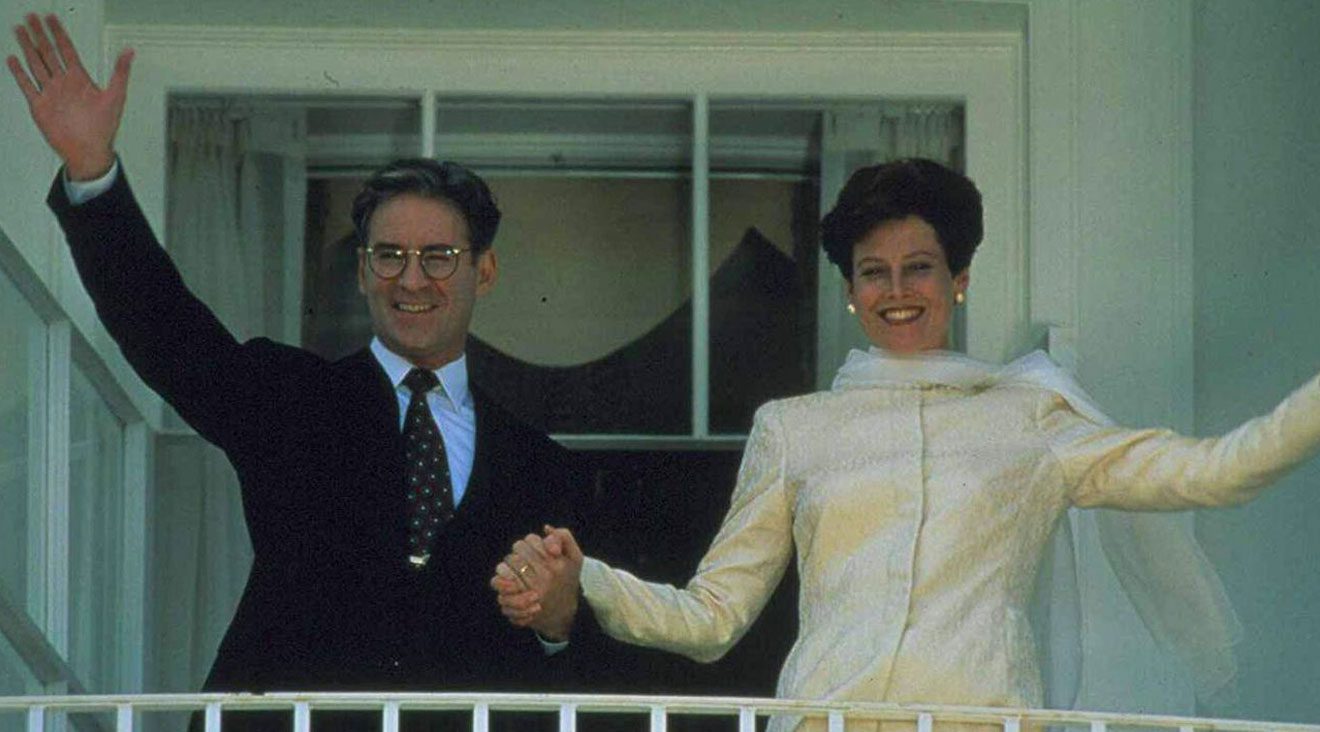 Editor’s Note: Omar 94, a frequent contributor to The Burnettwork, is now providing a daily recommendation of a movie, TV series or script for his fellow Imagination Connoisseurs to enjoy.

I really like this movie for its charming story and characters, as it’s very much a modern day Frank Capra movie. It has a great cast from Kevin Kline, Sigourney Weaver, Frank Langella, Sir Ben Kingsley, Ving Rhames, and Charles Grodin. Dave, in my opinion, is Ivan Reitman’s best film, even better than Ghostbusters to me. It is also his most underappreciated film, as most people only think of Ghostbusters, Twins, and Kindergarten Cop when hearing Reitman’s name.

The ghost of Frank Capra must have smiled when he saw Dave, an amusing and effective update of one of Capra’s favorite themes — the scrupulously honest little guy who becomes a force for good against a corrupt system.

Dave Kovic (Kevin Kline) runs an employment agency and seems to genuinely enjoy finding work for people who need it. He also bears a striking resemblance to the president of the United States, Bill Mitchell (also played by Kline) and occasionally gets work as a Bill Mitchell impersonator.

One day, Dave gets a call from the Secret Service — for security purposes, they want to hire him to act as a decoy for an upcoming appearance by the president. All goes well, but later that evening President Mitchell suffers a massive stroke while in bed with his mistress. Wanting to keep the matter a secret, two of the president’s top advisors appeal to Dave to stand in as Bill Mitchell until he regains his health.

One of the men behind this scheme, Bob Alexander (Frank Langella), hopes to use Mitchell’s absence to promote his own right-wing political agenda, but after a few weeks “in office,” Dave decides it’s time to promote some changes of his own that will help increase employment and keep homeless shelters open. Dave also finds himself growing fond of Ellen Mitchell (Sigourney Weaver), the President’s wife, while Ellen sees in Dave the idealism her husband left behind years ago.