Classic Disney from a simpler time is a good, wholesome watch. 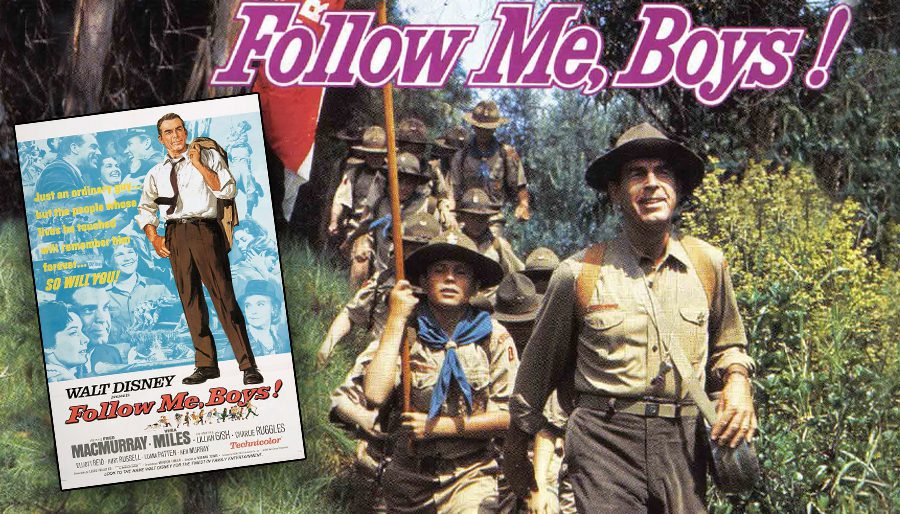 Fred MacMurray and Kurt Russell co-starred in FOLLOW ME BOYS, a wholesome Disney film produced in the mid-60s and featured MacMurray as a beloved Scoutmaster. Imagination Connoisseur Tom Jr Jackson provides his review of what turned out to be Walt Disney’s last film.

WINE-ning is in full force and I thought I would write in about a film I recently purchased and watched. The film I am referring to is a 1966 picture called FOLLOW ME BOYS directed by Norman Tokar and based on the book ¨God and My Country¨ and starring Fred MacMurray, Vera Miles, Lillian Gish and a 15 year old newcomer named Kurt something … oh yeah, Kurt Russell. 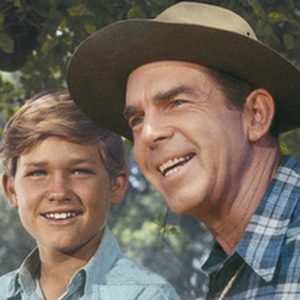 Up and coming star Kurt Russell (left) and established Disney star, Fred MacMurray (right) co-starred in FOLLOW ME BOYS in 1966.

So, you are probably wondering what is the plot of this film?

Well, it has a very simple plot (as were most Disney films back in the day): A man settles down in a small town and becomes a Scoutmaster and it sort of becomes his life. You find yourself watching this wonderful film about a man who just takes leaps of faith and does for the small town that no one else wants to do.

There is nothing more wholesome and satisfying than watching the purely magical Disney film. What I love about those early Disney films is that Walt Disney did whatever he could to make sure that the films had that Disney magic and personal mark on it.

Would I recommend this film? Why yes, I would, because it is something different. There are no big booms, no foul language and no sexual stuff in it. It is just a good film.

What is sad is that Disney+ used to have a whole section that was called “Disney through the Decades” and it had a lot of classic films on it. Now you can barely find any of those films. Sure, you can find some of the old animated films and some classic films, but for someone like me who loves the classic, Disney films, I think they should be on there.

And, no, I am not making some big plea for Song of the South to be added to Disney+. I saw that film once in the 80s when Disney decided to re-release it and that was the last time it was in theaters . It wasn´t really anything to write home about. But that is a letter for some other time.

Anyways thank you for letting me discuss this film ¨Follow Me Boys.¨