Can Jean-Luc Picard come out of retirement and save Star Trek? One Imagination Connoisseur seems to think so …

Imagination Connoisseur, Ian Samuels, is “all-in” on STAR TREK: PICARD. He sees plenty of connections to Jean-Luc Picard’s earlier stories (in STAR TREK: THE NEXT GENERATION) and looks forward to where the new series (and maybe the future of Star Trek) is headed.

So here we are, STAR TREK: PICARD (ST:PICARD) has begun. Through a dream and then an interview we get much of the post-Nemesis storyline.

We start with ‘Blue Skies’ gently playing. This is particularly significant as it is the song Data sings at Riker and Troi’s wedding at the beginning of STAR TREK: NEMESIS (ST:NEM) and B4 begins singing it at the end, hinting at Data’s memories are beginning to integrate.

It is good to see a line drawn between this and the 2009 Star Trek feature (STAR TREK: ’09). Even though they have borrowed the “Romulan sun going supernova” plot. In the Kelvin timeline, B4 fully integrates Data’s well data and becomes Data. He is then accepted back into Starfleet and is promoted and Captain Data, new commander of the Enterprise E.

But in ST:PICARD, B4 was just too basic to integrate Data’s memories completely – meaning Data is dead and his sacrifice in ST:NEM still has meaning.

But after the attack on Mars and the shipyard, synthetics have been banned by the Federation just as they did after the Eugenics War. There was a huge death toll (and we don’t know as yet if that toll includes Geordi LaForge or not, since he was running the shipyards). So Starfleet chose to turn their back on the Romulans and Picard’s plan to save them. which results in Picard resigning, claiming Starfleet was no longer the Starfleet he knew. Similar to his actions in the film, STAR TREK: INSURRECTION (ST:IN), where he disagreed with Star Fleet’s raping of a planet of its minerals and not showing any concern about the inhabitants.

We discover that Darge is Data’s daughter, reflecting the episode The Offspring where Data had attempted to build himself a daughter. We see in Picard’s vault a model of his first command the Stargazer also the Costeau, the Captain’s Yacht from the Enterprise E. Also squashed in the background you can just about see a model of the Enterprise E.

Dage’s attackers are revealed to be Romulans. Tal Shia perhaps? But she is killed. This is what forces Picard to stop waiting to die and to take action. He needs to find Dage’s twin sister.

Dage’s twin sister is revealed to be a scientist on a ‘Romulan Reclamation Site’ which right at the end is shown to be a Borg Cube.

Star Trek pilot episodes have notoriously been really bad. The Cage, Encounter at Farpoint, The Caretaker and Emissary, other than the Wolf 359 stuff were all pretty bad. Broken Bow, the ENTERPRISE (ST:ENT) pilot was the best of what came before but was far from perfect. ST:PICARD’s pilot was great and after the awful STAR TREK: DISCOVERY (ST:DISC), it was fantastic to have good Star Trek back.

My wife and I loved watching ST:PICARD and both enjoyed it immensely and will now make up our Friday night date night watching the new episode on Amazon Prime every week. 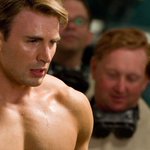 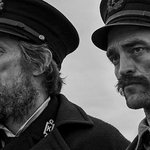 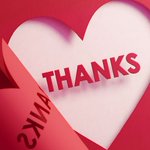 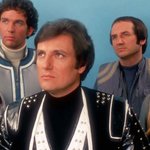 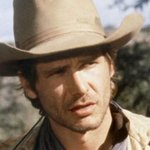