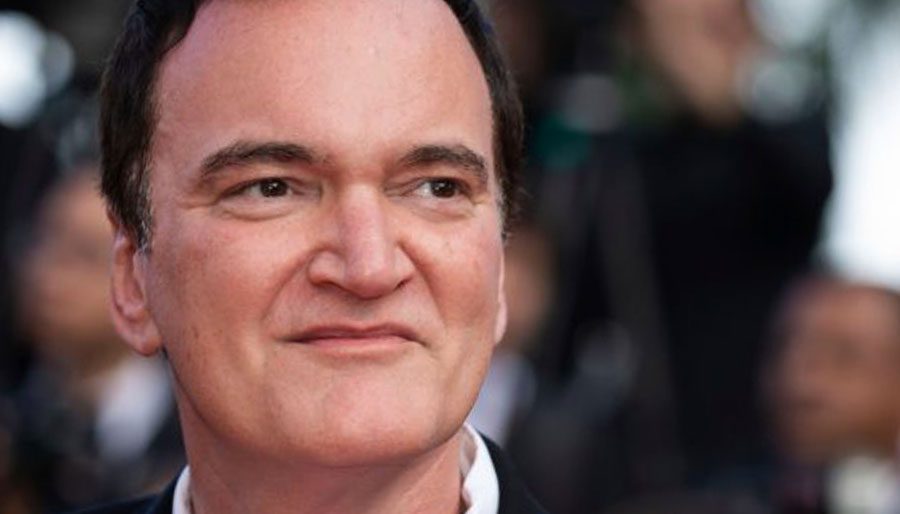 Long-time Imagination Connoisseur, Jeffrey Mao (aka The Chairman), shares his appreciation of the collected works of film director Quentin Tarantino.

Greetings Robert and Elysabeth, Lord and Lady of The Movie Grapevine:

Once again, it is I, the Chairman, writing to you about my appreciation for QT, Quentin Tarantino. Yes, it has been a while since I have written a letter to you. Work has been busy, life has been busy, and while I thought about writing something over Thanksgiving, I thought I’d rather relax. I have been watching a lot of stuff from my recent excess of purchases, from John Carpenter’s Halloween on 4K, to Lucio Fulci’s films from Blue Underground, to Dario Argento and to Carrie, to name a few. I have been enjoying your and Dieter’s show, “Let’s Get Physical Media”. By the way, can I submit a video to it?

However, since you guys have been on the QT train (yes, I will refer to him as QT since it is faster than writing Tarantino), I wanted to chime in with my thoughts and appreciation on the influence of QT in our lives as film aficionados and appreciators. While his own films are now an oeuvre to be loved and appreciated on their own, I am referring to his vast influence on literally the types of films that have been made OK, or in fact cool, to be watched and liked.

While I’m sure that he is not the only one or the first one, QT made you want to go out and watch the films that he loved growing up and while working in that video store, writing his scripts and hoping to get them sold and made into films. I was at that right age of being a late teenager and hit the video store in search of his influences like pulpy film noir such as “Kiss Me, Deadly” and “Night and the City” to foreign films, silent films, westerns, and especially Hong Kong cinema, of which I was quite the fan.

Once QT gained fame and fortune in Hollywood, he gave back to the industry, especially in bringing light and attention to previously unappreciated and, in fact, shunned and derided genres such as blaxploitation, exploitation, giallo, horror, pornography and all sorts of grindhouse fare. He didn’t just use his words, but he backed them with actually seeking out and collecting film prints, backing and producing restoration efforts, purchasing a cinema to show his films, staging film festivals to honor his favorite filmmakers and more.

I daresay that there is probably not a single B film of any genre ever made that QT has not either seen, owns or at least heard of. Or at least, I get that impression from him. He’s not just a great filmmaker but one of the foremost film fans of all time in terms of films seen and knowledge gained.

As he gained success in Hollywood, QT also fostered relationships with other like-minded filmmakers, and probably the most well-known is Robert Rodriguez. I knew it was fairly inevitable that the two of them would get together and do projects together, as their styles and sensibilities meshed really well. While I never watched the collaboration that QT and RR did with Allison Anders and Alexandre Rockwell, “Four Rooms” (though I obviously heard a lot about it), it was the kind of thing that I hoped to see more from them. However, entertainment changed and very few of that amazing generation of independent filmmakers has survived commercially and critically to today. If there’s one thing that I miss about those days is the lack of camaraderie between today’s filmmakers like there was then, or with the crowd from the 70s like Coppola, Scorsese, Spielberg, Lucas, DePalma and others.

However, even when I was deep into exploring those films it was the grindhouse and exploitation stuff that I was missing. I don’t know why I wasn’t aware of them or into them, but it could be just due to the fact that they were hard to find on video and not even available. It’s not until recently with the advent of the smaller, boutique physical media shops that we have gotten a lot of stuff coming out first physically and then making their way to streaming services. Because of that, I have watched some of the Yakuza films, the pinky/female Yakuza films (Reiko Ike jumping out of a bathtub fighting Yakuza completely naked in Sex & Fury? Brah!), the Female Prisoner 731/Scorpion/Sasori films, blaxploitation, exploitation, and on and on.

It was this aspect that I was missing at the time, or at least, was in much shorter supply. So while in some ways, I do bemoan the advent of streaming services in that it has killed off the physical actions of browsing and searching, it has made finding the impossible or nearly possible much more possible given the lack of technology in the past.

So this letter has been meandering about a bit, but hey, that’s kind of like QT’s films right, but I wanted to end this letter reflecting a little on my relationship with QT post “Pulp Fiction”. It was hard not to be totally enamored with him during his initial run as it was almost breathtaking the stuff that he did. Not only had he directed “Reservoir Dogs” and “Pulp Fiction”, two of the most awesome films ever, but he wrote the scripts for “True Romance” and “Natural Born Killers’. What could get more awesome than that? Then he goes and makes “From Dusk Till Dawn” with RR. A frickin’ vampire film in a brothel? No way! Then he does “Jackie Brown”. To me JB is less a true QT film and more an adaptation of Elmore Leonard’s book, though with other QT flourishes in them, as Leonard and QT’s styles and sensibilities mesh very well.

I tend to group JB, Out of Sight and Get Shorty together in the Leonard adaptation genre. The three films have many connections. Out of Sight and Get Shorty were both scripted by Scott Frank. John Travolta (Vincent from Pulp Fiction) stars in Get Shorty. By the way, Get Shorty got me into “Touch of Evil” big time. Michael Keaton plays the same character, Ray Nicollette, in both Jackie Brown and Out of Sight. While I liked JB, I don’t love it like I love RD and PF. Then, QT takes forever to make Kill Bill.

I think that lull hurt the momentum that he had, or at the least the momentum that I felt he had, because up until JB, he was putting out something that either he directed, wrote or was involved in pretty much every year. Then you hear different rumors about what he wanted to do, and you started to get the feeling that he was becoming indecisive. There was always that Vega brothers prequel that we kept hearing about.

When KB comes out, sure I watched them both, and I guess I liked them to a degree, but maybe it was because I wasn’t totally into the influences involved, or what’s more probable is that I felt it was much more of a straight up pastiche of genres as opposed to an homage. I didn’t want to see a literal katana fight or what appears to be a ripoff of all those kung fu training scenes where the student is getting his ass kicked by the old white-bearded sifu. Was this when QT started going straight up self-indulgent? Maybe.

But I guess I preferred the more subtle nods, like Butch grabbing the katana and going to rescue Marcellus. Also, the other reason why I didn’t like KB as much was I felt QT just turned up the violence a lot, like way over the top. While people think of his early films as violent, they weren’t non-stop bloodletting and gore. I always say that QT’s films have short, quick bursts of extreme violence. It was the turn away from that style that made me not like KB as much. But “Grindhouse” came, and I liked his “Deathproof” portion of it a lot. “Inglourious Basterds” is my favorite of his later filmography. By the way, you mentioned how QT’s own hands are seen choking Uma Thurman? He did the same thing with Diane Kruger’s Brigitte Von Hammersmarck in “Inglourious Basterds”.

What is it with him and choking his female leads? But it did start a worrying trend of, “Oh it’s QT’s World War II film, or it’s QT’s Western film.” Just give me a QT film, not QT’s world tour of genres. I’ve never watched “Django Unchained” or “The Hateful 8” as I don’t really want QT delving into those genres. When he did TH8 I kept thinking, “C’mon, bro, go back to doing gangster films”. Probably because I always felt that was his bread and butter.

The other two things about IB that made me love it was his intricate use of language. A lot of the film is not in English, and QT, while apparently not speaking either language, wrote great sections of dialogue in French and German. Also, his love of films and cinema was woven into the plot in a fundamental way. His latest film, “Once Upon A Time In Hollywood”, continues that theme of incorporating his love of films and cinema into the story, as well as casually changing history as he did in IB.

Was it overly long and self-indulgent? Sure, but in a good way, and certainly we’ve gotten used to it from QT. If anything, I appreciated his return to somewhat more modern times, as I always felt that he works best writing in a modern voice. It’s not a gangster film, but it’s a step in the right direction and I can’t wait for his next, and hopefully not final, film.

Well, this letter is going long, but hey it’s QT, so what’s new? I could go on and on about him, but I’m looking forward to your show on “True Romance”. I consider it a QT film through and through, and it features outstanding performances, lines and moments. The amazing dialogue between Christopher Walken and Dennis Hopper, the Mexican standoff at the end, Brad Pitt as a stoner, what’s not to love? It also introduced me to Streetfighter, Sonny Chiba, and that is indeed a very good thing as I went and got his Streetfighter collection on tape.

So, until next time, I am, as always, your humble Chairman, and thanks for reading.