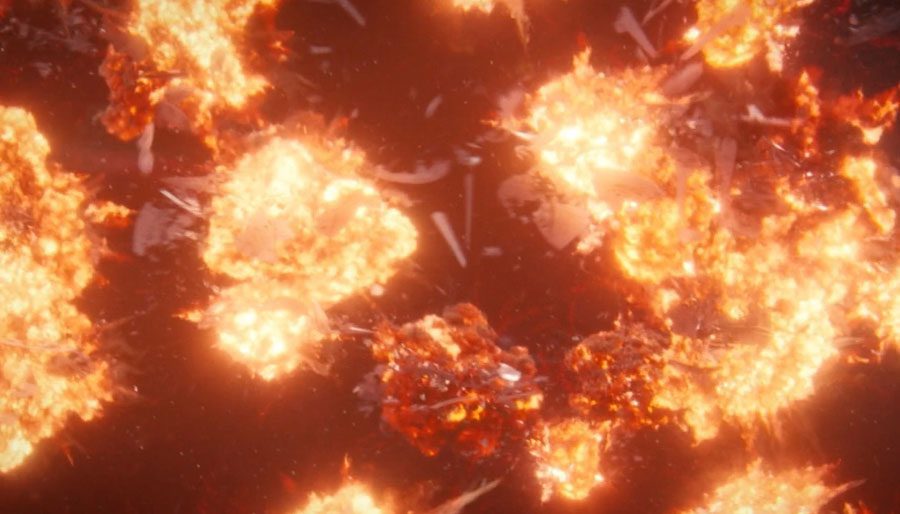 Is this fan’s “headcanon” better than ST:DISC’s actual canon?

I was having lunch today,, and I was having this nerd moment: I thought about something they could have done with “the Burn” instead of that stupid monstruosity.

10 years after the Dominion War, relations between the Federation and the Romulan Star Empire are quite good. Just after the war, a rebel faction of 200 Jem’Hadar ships with their Vortas were able to escape and made their way into the heart of the Romulan Empire, crashing against Romulus major cities. 200 ships, at full impulse, you can imagine the damage they can do. (btw Romulus is INTACT. there is no supernova or any kind of bullshit)

The Federation offers help, they send several ships to help victims and rebuild, and yes, even Picard can get in charge of the help, but this time without acting like a fucking dickless twat… Anyway… several main romulan politicians were killed or lost family in the attack, so the romulan elites really start to change their minds about humans. There is a really deep and fundamental change within Romulan society. Trade begins between Romulan and Federation outer planets, the Neutral Zone is now more like a border between countries than a militarized zone. Even Klingons had to endure harsh times after the war, so they don’t give a fuck for now, they are busy rebuilding their own Empire. (and they still look like Worf).

So, everything is looking really good, it really seems the quadrant is evolving into a bigger galactic aliance. Not everyone is happy of course, but most people are. They are living an afterwar, so really important things matter now and cooperation is one of them. Several scientific and engineering advances are also made.

And then… The Burn. (I would change the name)… Something happens at the galactic nuclei, that changes a constant in subspace equations (maybe Q stood upon something…). Think of it as changing light’s speed just a bit. It suddently disables all dilithium powered warp ships in the galaxy. Suspace comms work normally, so fortunately people can know where is everyone and Skype, but they only can travel at impulse. Thousands of ships floating freely, alone. 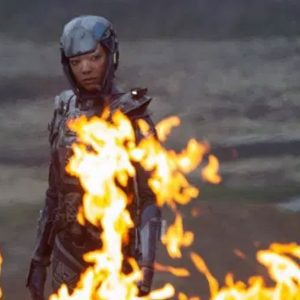 At the start of the crisis, the Romulan Empire promises help and assistance, and delivers. They send several ships to ferry people from stranded ships to the nearest planet. Most ships can sustain their crews for months, but there are a lot of ships around there that need to be rescued. Everything looks good, but an old way of thinking slowly starts to come back to Romulan people’s minds, (and here is the catch, where we could make fun of woke culture haha!).

It says that any Romulan who is denied expansion, is kind of an “opressed” romulan. Inside every Romulan lies the need to aquire more, to know more, to grow spiritually and phisically, and that involves an Empire that has the balls to grow and conquer. The Federation and the klingons have been “oppressing” Romulans for centuries now, privating them from what is their by right, they are entitled to have everything, so why the hell should Romulus waste time and resource helping their “oppressors”?

This starts to get to everyone, including Romulan ship crews.

At the same time, within the stranded people, there are some that say that Romulans should ferry them to their homeworld, instead of just living them somewhere far away from their families. “They could do it, they have warp drive, we don’t, damn romulan assholes”. People star to believe that they, as well, are entitled to be with their families, because the Federation helped romulans before, so they have to pay back and leave everyone where they want. Federation and Romulan people have had a really good time these last years due to this evolution, so they have had it too easy… they were too comfortable, and they don’t remember that being alive is reason enough to be thankful.

Things are not looking so good now, some stranded ships start to dissappear, Romulan help is not much now, and there is internal pressure to attack and expand. Finally they have a huge advantadge over everyone, they just have to take it…so here comes the Romulan Era.

There are romulan attacks everywhere. Outer Federation planets are anexed into the Empire, other planets are burned down by ships that fire and warp out. Every major planet starts working fiercely on planetary defenses and non-warp battleships, but there is no effect. Romulan warbirds pop in from warp, attack, and then go back to warp again without one torpedo getting to them. Romulan people finally get what they deserve, to grow and conquer, that is their motivation now. “to hell with the federation, we don’t need them but they need us”. and at the same time, people in the federation gets hateful and resentful over Romulans, and even Vulcans. Remember, humans are more evolved at this time, but could it be just because they were comfortable with their replicators and warp drive? could humans revert to the old ways when things get really hard? (well at the end humans DO evolve, so this is not a grim story)

2 years later, the Romulan Star Empire now owns 60% of Federation space. They even take Vulcan, despite the fact that Vulcan is really far from the nearest Romulan conquered planet. They did it just to piss off everyone. Klingons are not innocent, so they have almost erradicated them from Q’onos, forced to get out off their homeworld, only allowed to live in minor planets and moons, adding to the dishonor to the Klingon Empire. whatever that’s left from Cardassia falls easily as well and gets enslaved… once again. It was once the Dominion, now it’s the Romulans.

The Empire grew a lot, but they took too much space, too fast, and divisions start to arise within Romulan political structure and society as well. Too much power, too much corruption….

and then I finished eating hahaha. I imagine the end would be an awesome one. They solve the problem, romulan’s asses get kicked back to their space, and the solution to the galactic constant problem brings a new way to travel. Now they are able to distort this subspace constant at will, so now warp 9 is not just “warp 9”, it is now at least 100 times faster, for everyone. Kind of what happened in The Expanse (spoiler alert)………………………………………………… when the rings appeared….

Anyone please feel free to continue it. I know it’s a mess but I had fun thinking about it.

And I’ve learned something today, I am a moron, but I could write a much better story than all those extremely talented minds at CBS… it kinds of makes me feel good you know…

Thanks a lot Rob, take care!