A “what did I just watch” movie that you’ll want to watch again … LOL! 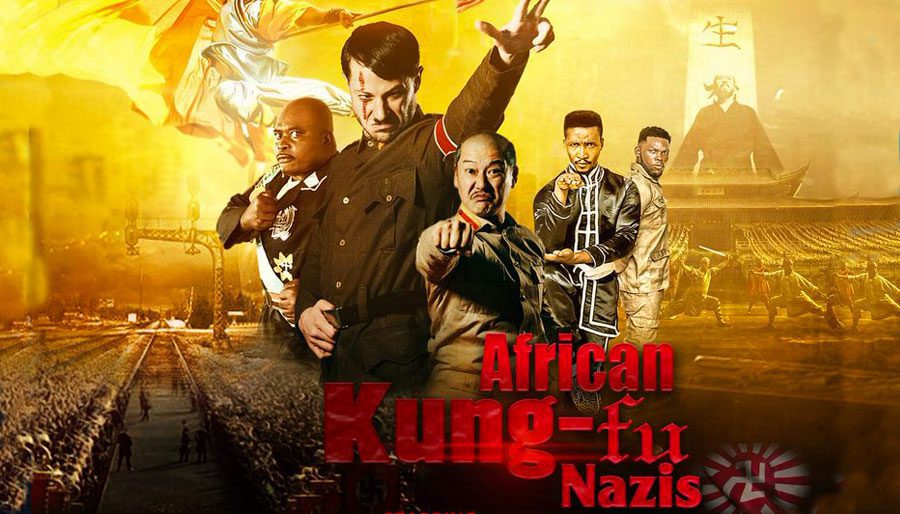 Imagination Connoisseur, Philip Alvarez, explains that after recieving a copy of the film from LET’S GET PHYSICAL MEDIA’S co-host, Dieter Bastian, he was surprised to find out that AFRICAN KUNG FU NAZIS was surprisingly enjoyable.

Back again with another letter, this time on AFRICAN KUNG FU NAZIS.

As promised to Dieter (and many thanks for getting the movie for me), I had said I would be sending in my own personal review on the film.

First off, the movie actually looks great and I liked the color scheme. I really didn’t know what to expect from this movie, but ended up finding it quite enjoyable.

It’s definitely a martial arts film with some very well done kung fu fight scenes. It’s very similar to Enter the Dragon with some Mortal Kombat thrown in due to the violence.

I loved that the movie actually takes itself seriously, sure there’s some tongue in cheek moments like a music video type sequence complete with twerking. Other than that it’s no different than any other martial arts film. Everyone knows the plot if you’re familiar with the genre.

What makes the film kinda “special”is the very poor special effects that are beyond terrible but still give the movie charm. These are Birdemic type of bad effects.

Some of these effects are so bad you just have to see it for yourself. The makeup effects are just as bad. Sorry for the spoiler but it has to be mentioned. In the beginning of the film Hitler gets sliced in the face. The makeup however gets worse & worse as the film moves along. It literally goes to just looking like a slab of putty on the face by the end of the film.

In conclusion, I truly am satisfied with how this movie turned out. It’s really not bad, and I had a blast watching it. This gem should be in everyone’s collection and I’ll probably watch it multiple times, at least once a month when I need a good pick me up.

In fact, I enjoyed the film so much I am starting my own tradition of grading movies on a scale based on this film. For example, last night Wineing covered Its a Wonderful Life, so I would rank that as 4 African Kung Fu Nazis. Y’all will get the idea in future episodes or whomever watches this show will know.

Thanks again Dieter for the Blu copy & of course Rob for reading my review.