A hard-boiled, film noir mystery that will leave a mark. 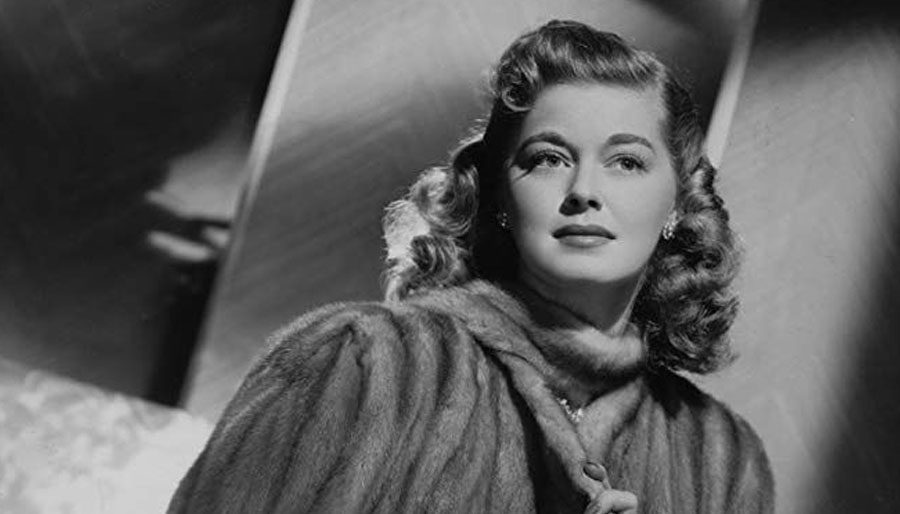 The film does not have a well known director (Arthur Lubin) or well known actors (Brian Donlevy, Ella Raines, Charles Coburn and Helen Walker (pictured above)), but it doesn’t need to, as the movie has very good acting performances, a thrilling and focused story, nice production values, and good cinematography.

No-nonsense San Francisco industrial whiz Walter Williams’s two-timing wife and her lover plot to do her husband in, but Williams survives the attack and the lover is burned beyond recognition while driving Williams’s car. Half-dazed, Williams stumbles into a moving van And ends up in idyllic Larkspur, Idaho, where he tracks newspaper stories of his “death.”

While recuperating, Williams falls in love with Marsha, the garage owner where he is working as a mechanic. But when Williams finally goes back to San Francisco to clear his wife who is suspected of killing Walter, he’s tried for the lover’s murder.

Even though the movie is set in Larkspur, ID, it was actually shot in Larkspur, CA. Downtown Larkspur can clearly be seen in the town shot at 0:50:16 and later scenes are set in nearby locations.

The failure of the original copyright holder to renew the film’s copyright resulted in it falling into public domain, meaning that virtually anyone could duplicate and sell a VHS/DVD copy of the film. Therefore, many of the versions of this film available on the market are either severely (and usually badly) edited and/or of extremely poor quality, having been duped from second- or third-generation (or more) copies of the film.