The good news: you’re just landed a movie producer’s job. The bad news: your first film has to be about Furbies. 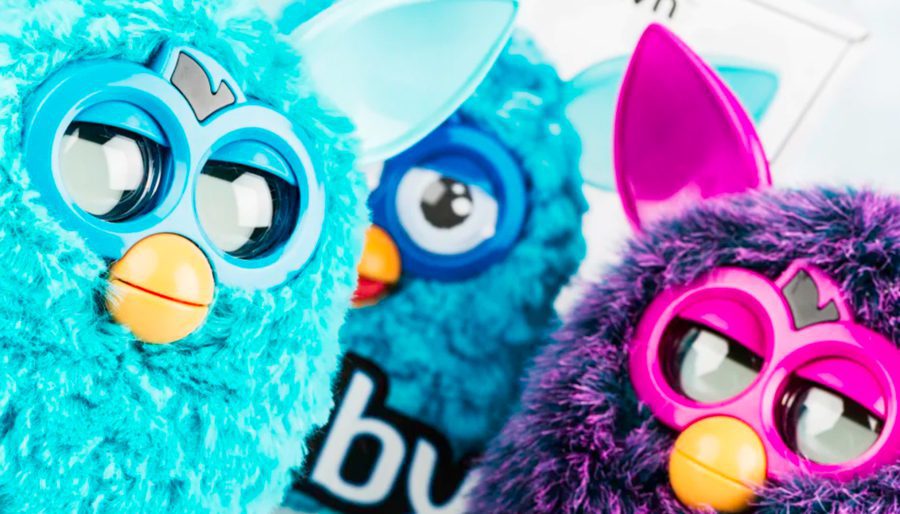 Can you pitch a great movie tie in with these (Furbies) in 7 words or less? That’s today’s challenge!

It was the “must have” toy of 1998 … the Furby was a weird cross between Gizmo from GREMLINS and some kind of freakish AI that would learn more and more about its owner the more you talked to it. (New Furbies only spoke “fur-bish” until their owners had spoken to it enough that it could pick up recognizable speech patters and start talking back.)

Hasbro, the makers of the Furby, were in fact sued by Warner Brothers for copyright infringment because of the similarities between the appearance of the toy and the “Mogwai” – the species featured in the movie GREMLINS. Hasbro agreed to re-design the Furby and pay an undisclosed sum.

Just a year or two earlier, a “talking Barney” dinosaur toy (modelled after the popular kids’ show) was found to be easily hackable so you could make the purple dino say all kinds of inappropriate things. The Furby, on the other hand, had many of it’s “mission critical” microchips encased in epoxy inside the creature to make hacking much more difficult.

Those concerns continue today with issues surrounding the mobile app created to control the latest generation of Furbies. Security for the app is loose enough that some hackers have been able to re-program connected creatures so they can be used for surveillance. This echoes early concerns about the dolls expressed by national security agencies which resulted in their banning from the workplace.

Furbies in the workplace were a thing? Go figure.

Although there was a kids-oriented, Furby movie made for TV, efforts to bring a mainstream, theatrical release haven’t progressed beyond the early concept stage. This leads us to today’s challenge …

Pitch us a Furby movie – it just can’t be a kids’ film.

Select any genre and tell us how you would “Furby-ize” it. The more ridiculous, the better. Leave us your thought in the comments section, below.