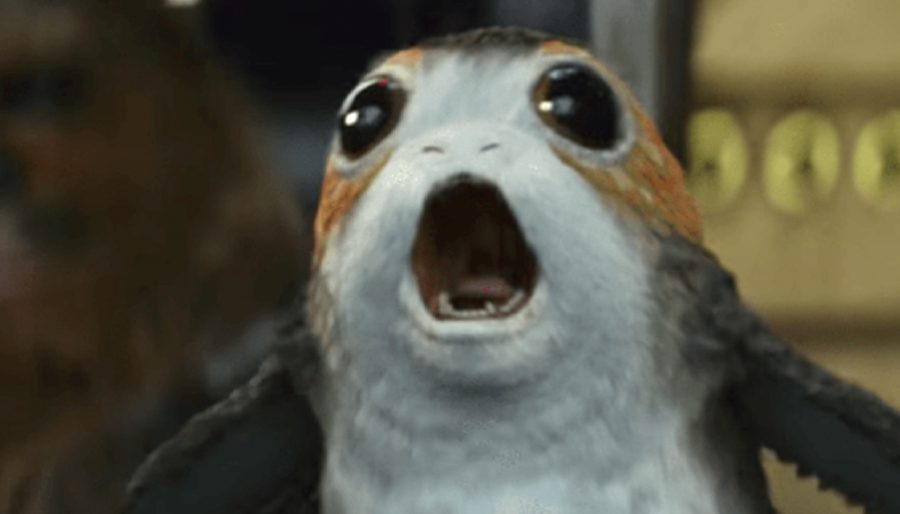 When we finally reunited with Luke Skywalker, we also met these little guys. Who – or what – the hell are Porgs? And are they shocked, appalled, thrilled or angry?

Porglets – not recommended for omlettes.

According to the source of all STAR WARS knowledge – otherwise known as the “Wookiepedia” — Porgs are a sea-dwelling birds similar to penguins. And, like penguins, they prefer cooler climates, living near the sea and eating fish. Baby porgs are called “Porglets.”

These little plushies were hatched in time to make their debut during STAR WARS EPISODE VIII – THE LAST JEDI and the 2017 holiday shopping season, continuing the LucasFilm tradition of dedicating parts of their films to supporting their merchandise effort (sorry, I’m still not over ROTJ).

So what’s going on in the picture above? Let us know …

Our little porgy friend in the picture doesn’t seem very happy. We want to know (in seven words or less) what he’s seeing, what he’s doing or what he’s been told to result in the look of Porg-shock and awe pictured above.

Leave us your thought in the comments section, below.