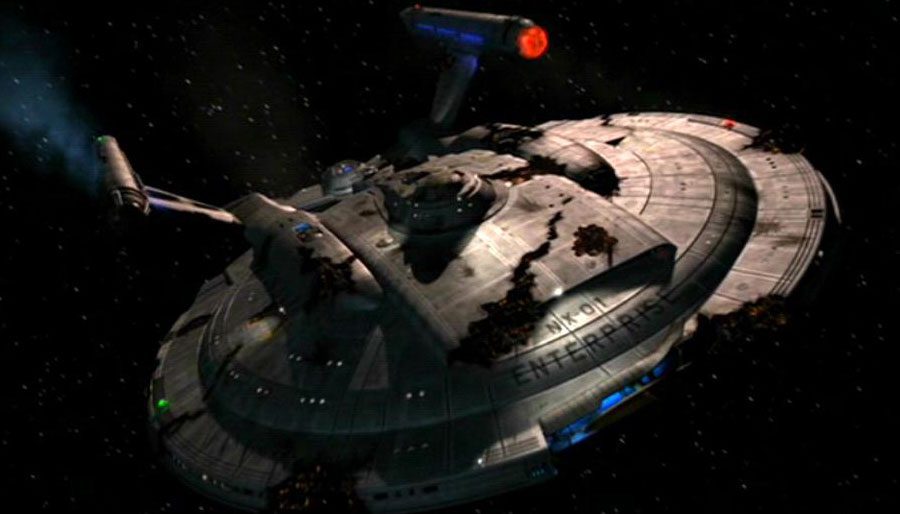 The often-maligned Star Trek series, ENTERPRISE, is ignored despite a break-through third season known as “The Xindi Arc.” Let us know where you fall when it comes to evaluating the Star Trek prequel’s epic adventure.

Under the direction of Ron Moore and Manny Coto, Star Trek: ENTERPRISE, took a radical step and used a single story arc for the entire season. Is it possible the darker tone foreshadowed where Star Trek would go as a franchise in the 21st century?

The third season of Star Trek: Enterprise focuses on Enterprise NX-01’s mission to prevent a second Xindi attack from destroying Earth. Unlike the show’s second season, Enterprise’s third season embraces a heavily serialized format dedicated to the search for the Xindi primary weapon.

Let us know what you think of this season by leaving your 3-word review in the comments section, below.

Engage! (Yeah, we know that’s a TNG phrase, but we’re using it, anyway.)