The MATRIX series of movies 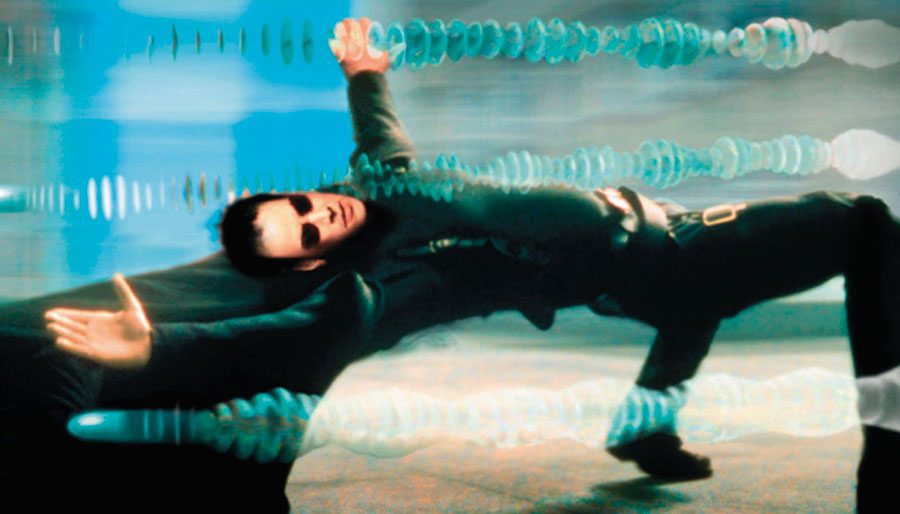 When it comes to ground-breaking films setting the “tone” of sci-fi films to come, THE MATRIX stands out as one worth special attention. Premiering in 1999, the film broke set up a series of stories – but have they lived up or not? Why not sum it up for us in three words …

For some, THE MATRIX represents a sea change in genre films. Others seem to see the first film as a set-up nobody was prepared to pay off. So where do you fall?

Here’s a quick summary of THE MATRIX:

When a beautiful stranger leads computer hacker Neo to a forbidding underworld, he discovers the shocking truth–the life he knows is the elaborate deception of an evil cyber-intelligence.

Freedom fighters Neo, Trinity and Morpheus continue to lead the revolt against the Machine Army, unleashing their arsenal of extraordinary skills and weaponry against the systematic forces of repression and exploitation.

The human city of Zion defends itself against the massive invasion of the machines as Neo fights to end the war at another front while also opposing the rogue Agent Smith.

So does THE MATRIX series deliver for you or does it fall short. Let us know what you think of this episode by leaving your 3-word review in the comments section, below.

Face it, you’ve already made the choice – you’re just here to share it with us.