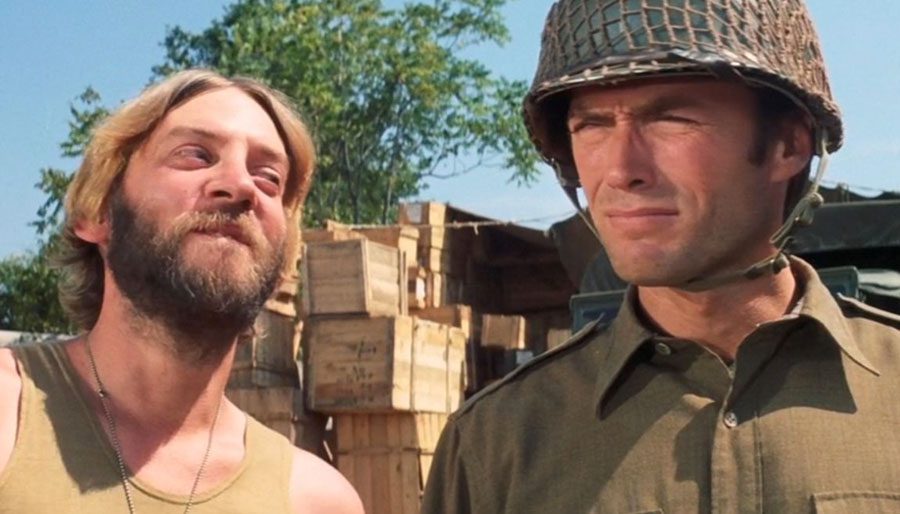 We go a little “old school” today, asking Imagination Connoisseurs to give us their 3-word review of this gem from 1970 … Kelly’s Heroes.

In 1970, when this film was released, it was more important to load up the cast with “names” rather than to rely on special effects and animation. This war-comedy film combined sharp writing with a cynical world-view and a cast of all-star talent.

A group of U.S. soldiers sneaks across enemy lines to get their hands on a secret stash of Nazi treasure.

Leave your 3-word review in the comments section, below, but leave no one behind.