What did the President know, and when did he know it? 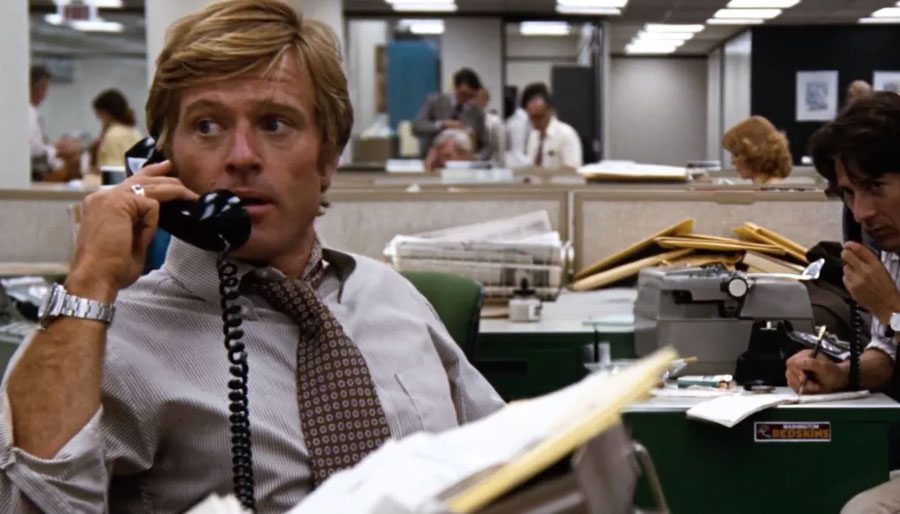 Carl Bernstein and Bob Woodward uncovered the most devastating political scandal of the 20th Century: Watergate. This movie helped make them into living legends.

It wasn’t until nearly thirty years later that the identity of the mysterious “Deep Throat” was revealed to the public. Woodward and The Washington Post – where Woodward still works today – corroborated the fact. Mark Felt, the former Deputy Director of the FBI (#2 in the department) was the source that helped bring down the Nixon Administration.

“The Washington Post” reporters Bob Woodward and Carl Bernstein uncover the details of the Watergate scandal that leads to President Richard Nixon’s resignation.

As political thrillers go, ALL THE PRESIDENT’S MEN is an important film. Let us know what you thought of it by leaving your 3-word review in the comments section, below.