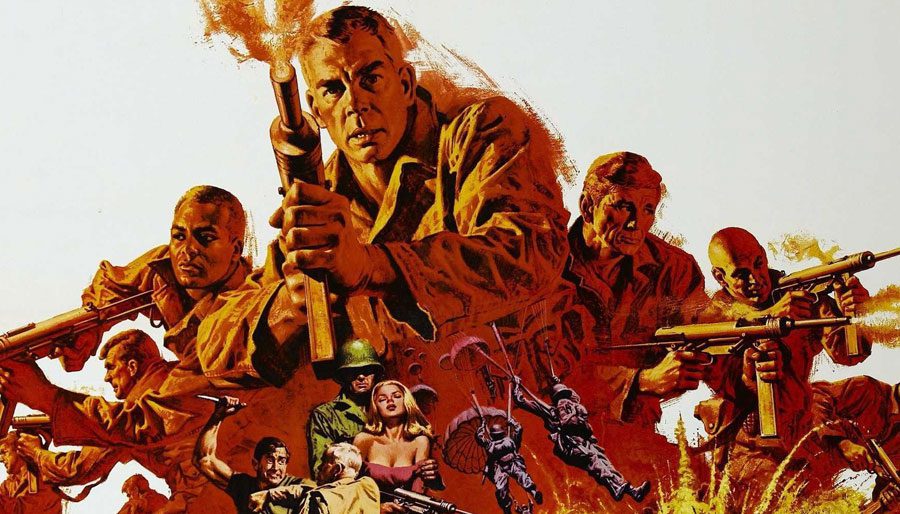 One of the quintessential “rag-tag ensemble” WWII movies of the 60s – do they make them any more bad ass than a fully-operational Lee Marvin? I’ll answer that: “no.”

A wildly entertaining, action-packed WWII adventure, this film was one of the first features to acknowledge the brutality exhibited by both sides of the war. The cast includs a number of veterans from the conflict (Lee Marvin, Robert Webber, Telly Savalas, George Kennedy, Ernest Borgnine, Clint Walker and Charles Bronson).

The film was a blockbuster hit when it came out in 1967, earning back it’s $5.4 million budget in a matter of weeks – although the film only rose to the #2 position at the box office during most its run, stiffled by the James Bond film YOU ONLY LIVE TWICE.

During World War II, a rebellious U.S. Army Major is assigned a dozen convicted murderers to train and lead them into a mass assassination mission of German officers.

THE DIRTY DOZEN is, at times, gritty, suspenseful and often humorous.  Let us know what you thought of it by leaving your 3-word review in the comments section, below.

Just remember, you only have 20 seconds after you pull the pin!