Landing the girl the hard way. 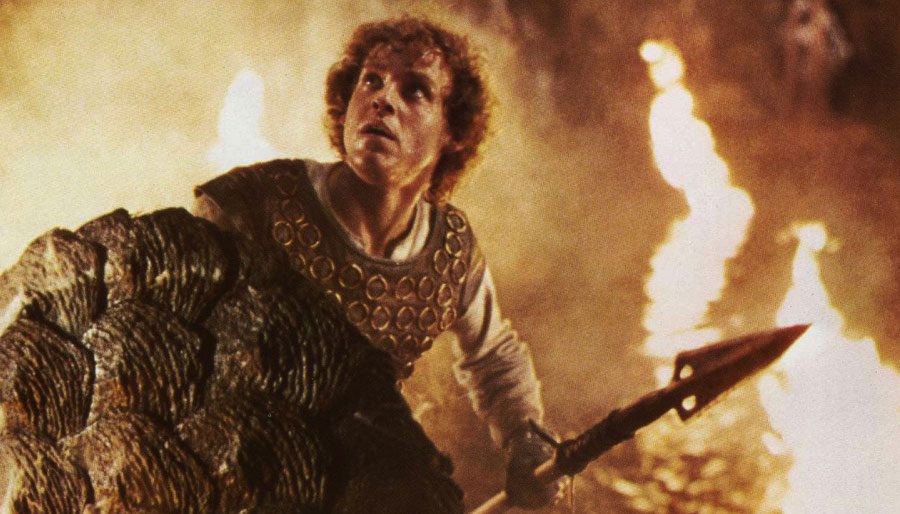 The king is sacrificing virgins to a dragon and our hero decides he’s going to put a stop to it all when the next victim is to be the king’s daughter … seems like there are better ways to impress a girl.

If the basic storyline seems familiar, it should. One of the more traditional dragon “tropes” is the plotline behind the legend of St. George and the Dragon in which maiden sacrifices are made to keep the dragon at bay. The legend of St. George goes back to the 4th Century, when the man who would be canonized as the saint lived. The dragon (and resulting legend) didn’t appear until the Middle Ages.

But that’s a story for another time. Right now, we’re fighting one of the finest dragons ever to grace the silver screen: “The Vermithrax Pejorative.”

A young wizarding apprentice is sent to kill a dragon which has been devouring girls from a nearby kingdom.

Peter MacNicol is said to be embarrassed by this movie yet he does list it on his IMDb page. But is it really that “bad”? Let us know what you thought of it by leaving your 3-word review in the comments section, below.

So, what do dragons eat besides virgins and inexperienced wizard warriors?