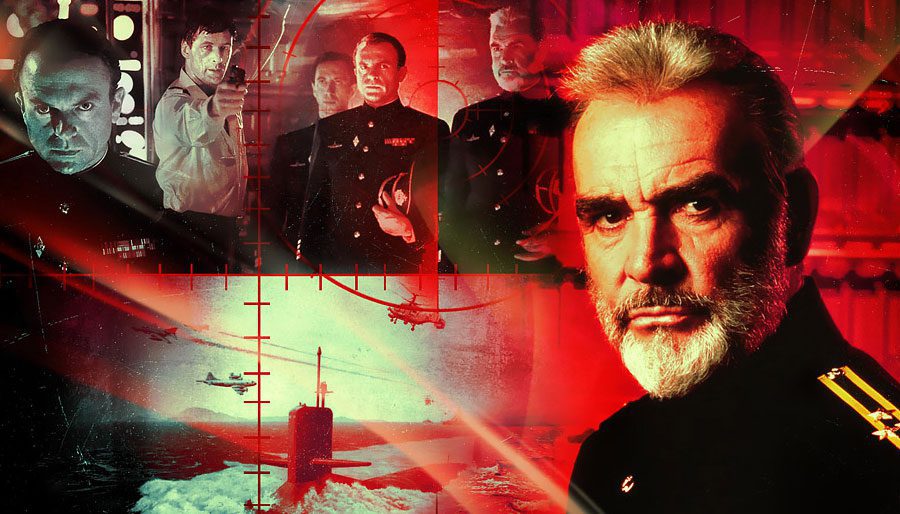 THE HUNT FOR RED OCTOBER is a classic story set at the end of the Cold War. Starring Sean Connery and Alec Baldwin.

Tom Clancy’s novels are known for their accurate, nuanced details. In the same vein, actor Sean Connery spent time abour the U.S.S. Puffer to prepare for his role as a submarine commander – he was even allowed to give some commands while the US Naval submarine was underway (with the Captain beside him, of course). Similarly, several of the actors took a cruise off the coast of San Diego on the U.S.S. Salt Lake City and Scott Glenn, spent time with the real-life commander of the sub.

All that authenticity pays off in a superior film.

In November 1984, the Soviet Union’s best submarine Captain in their newest sub violates orders and heads for the U.S. Is he trying to defect or to start a war?