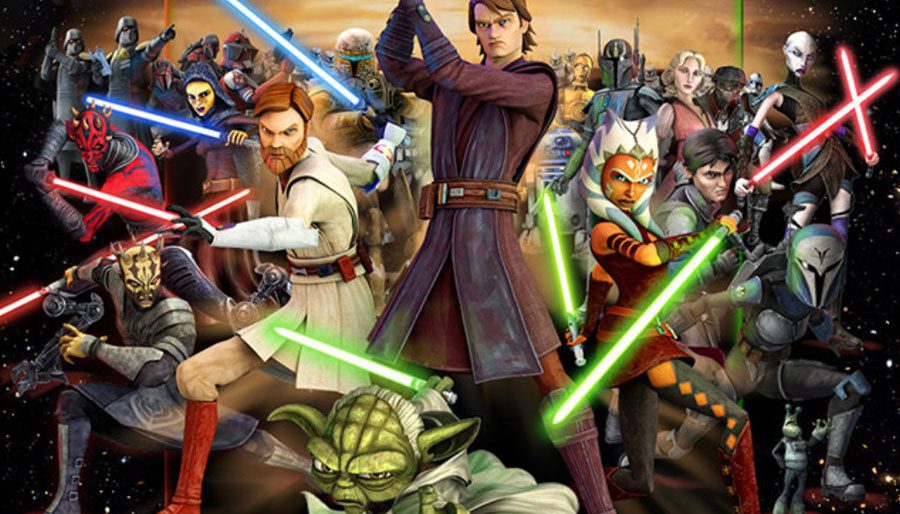 Before you could have “a new hope” the Galactic Empire needed to rise. That’s where THE CLONE WARS comes in to play.

THE CLONE WARS chronicles the events that took place between STAR WARS: Episode II – ATTACK OF THE CLONES and STAR WARS: Episode III – REVENGE OF THE SITH. The movies and animated series that fall into this time period was a massive ratings success for Cartoon Network and canonized much of the Star Wars Expanded Universe in the process. The Clone Wars continue to resonate within the STAR WARS cannon with new shows set to appear on Disney+ including STAR WARS: THE BAD BATCH and through tangential connections to the Disney+ live action series: THE MANDALORIAN, AHSOKA and the BOOK OF BOBA FETT. Here’s a quick summary:

Jedi Knights lead the Grand Army of the Republic against the droid army of the Separatists.

How deep into the Clone Wars are you? Let us know what you thought of it by leaving your 3-word review in the comments section, below. May the Force be with you …