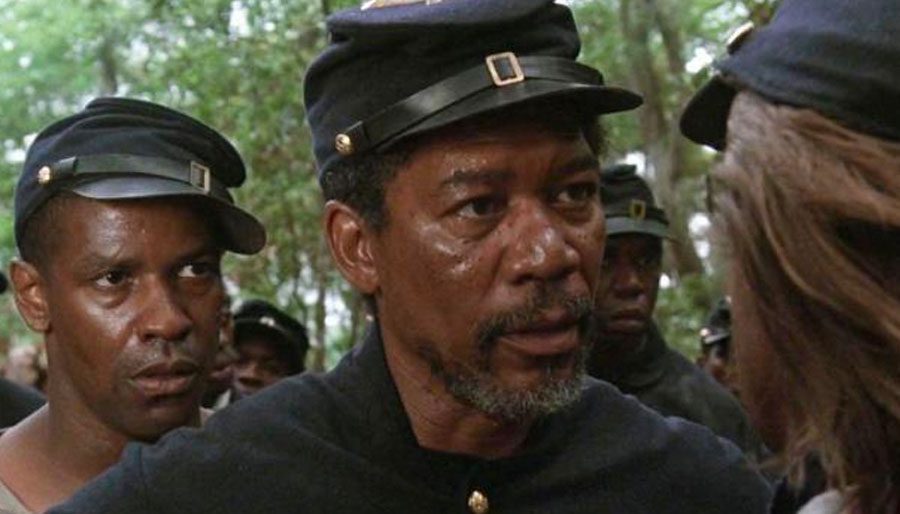 Denzel Washington and Morgan Freeman star in this Civil War-era film about a company of soldiers who have to fight racism within their own ranks as well as the Confederates.

Upwards of 15,000 Civil War reenactors participated in some of the scenes depicted in GLORY. Shot over a ten week period, the reenactors all served on a voluntary basis and were not paid. Director Edward Zwick used lycopodium powder to simulate realist shell bursts. Actor Matthew Broderick told friends that the battle scenes didn’t require much acting on his part because he was genuinely afraid.

Robert Gould Shaw leads the U.S. Civil War’s first all-black volunteer company, fighting prejudices from both his own Union Army, and the Confederates.

Give us your impressions of GLORY. Let us know by leaving your 3-word review in the comments section, below.