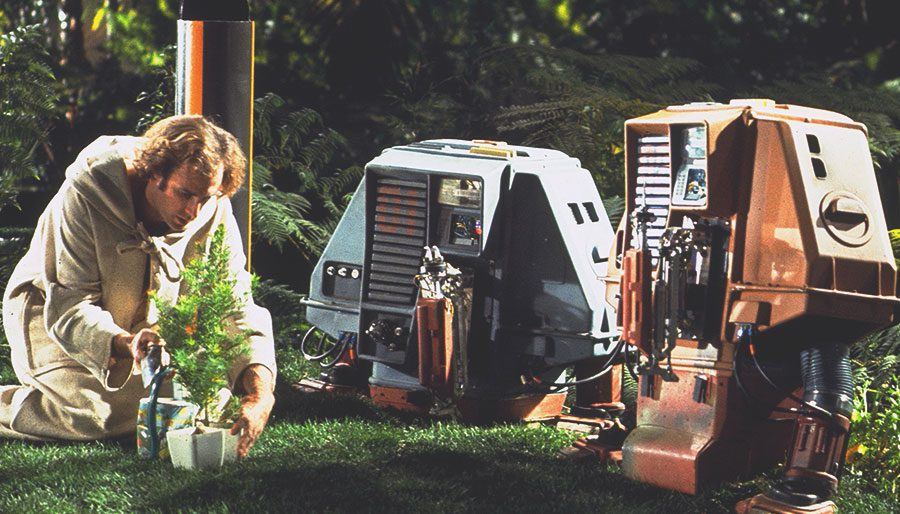 Bruce Dern’s performance as Earth’s last park ranger in SILENT RUNNING is riveting and heart-breaking. Have you seen this early 70s sci-fi classic? Leave your 3 word review and tell us what you think.

The film’s simple-yet-stunning visuals, from the spacecraft, to the domes, to the unforgettable little robots are excellent, the direct prototypes of even more fantastical films to come. While many films have suffered since ‘Star Wars’ due to dated visuals and obsolete effects, ‘Silent Running’ has not. A worthy film for all science-fiction fans to see. Here’s a quick summary:

In a future Earth barren of all flora and fauna, the planet’s ecosystems exist only in large pods attached to spacecraft. When word comes in that the pods are to be jettisoned into space and destroyed, most of the crew of the Valley Forge rejoice at the prospect of going home. Not so for botanist Freeman Lowell, who loves the forest and its creatures.

Give us your impressions of SILENT RUNNING. Let us know by leaving your 3-word review in the comments section, below. We’ll be over here. Admiring the plants.