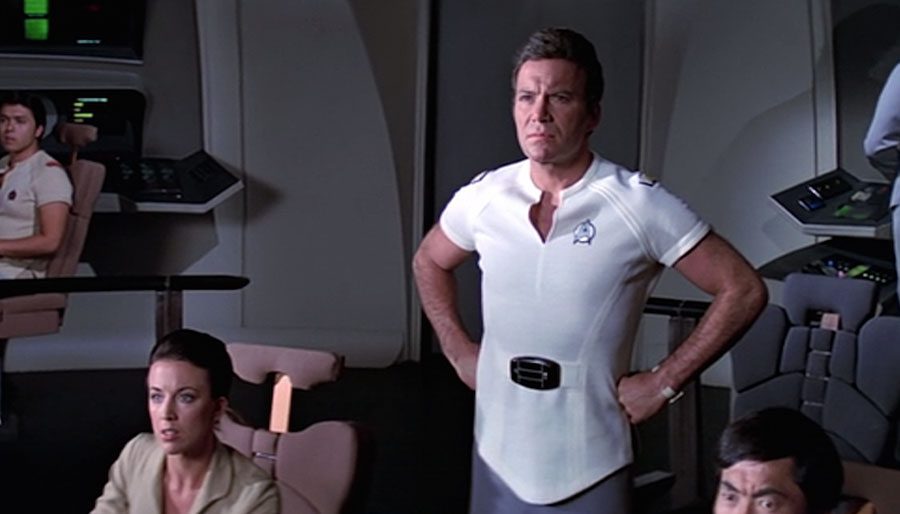 When Star Trek finally returned, it burst onto the big screen in STAR TREK: THE MOTION PICTURE. Leave your 3 word review.

it took an alien spacecraft that could swallow space stations and Klingon Battlecruisers in one gulp to bring back James T. Kirk, Mr. Spock, Dr McCoy and the rest of the USS Enterprise – this time to the big screen in STAR TREK: THE MOTION PICTURE.

When an alien spacecraft of enormous power is spotted approaching Earth, Admiral James T. Kirk resumes command of the overhauled USS Enterprise in order to intercept it.

Tell us what you think of the first big-screen appearance of the crew of the Enterprise by posting your 3-word review in the comments section, below.

So, shields up, go to red alert, man the phasers and let’s do this …