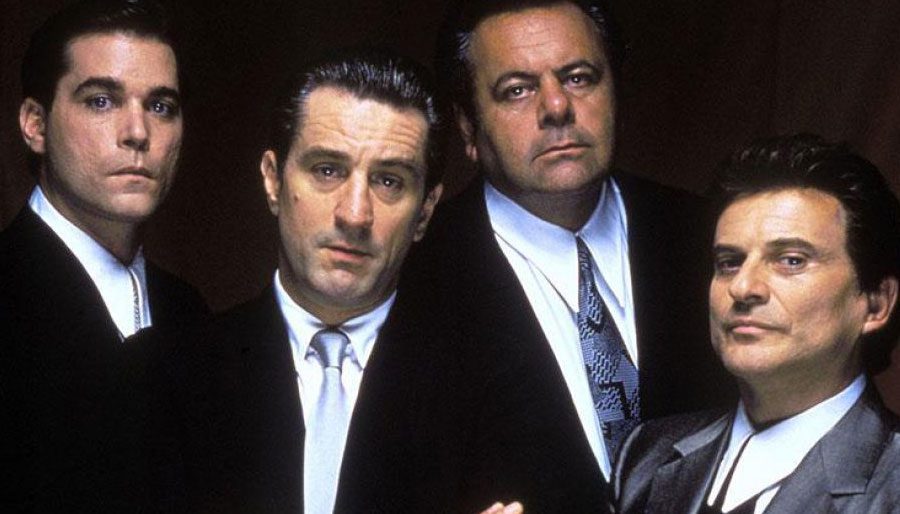 Quite possibly the best movie about the Mob in Hollywood history, GOODFELLAS is a violent love letter to the “bad old days” of La Cosa Nostra in 60s – 70s New York City. Leave your 3 word review and tell us what you think.

Although Scorsese had sworn off making another gangster movie, he immediately cold-called the writer (Nicholas Pileggi) and told him; “I’ve been waiting for this book my entire life.” Pileggi replied; “I’ve been waiting for this phone call my entire life.” Scorsese and Pileggi would go on to collaborate on the screenplay, eventually writing 12 drafts.

The story of Henry Hill and his life in the mob, covering his relationship with his wife Karen Hill and his mob partners Jimmy Conway and Tommy DeVito in the Italian-American crime syndicate.

Let us know what you think of GOODFELLAS by leaving your 3-word review in the comments section, below.

Just don’t tell us you think the movie was “funny”, capeesh?