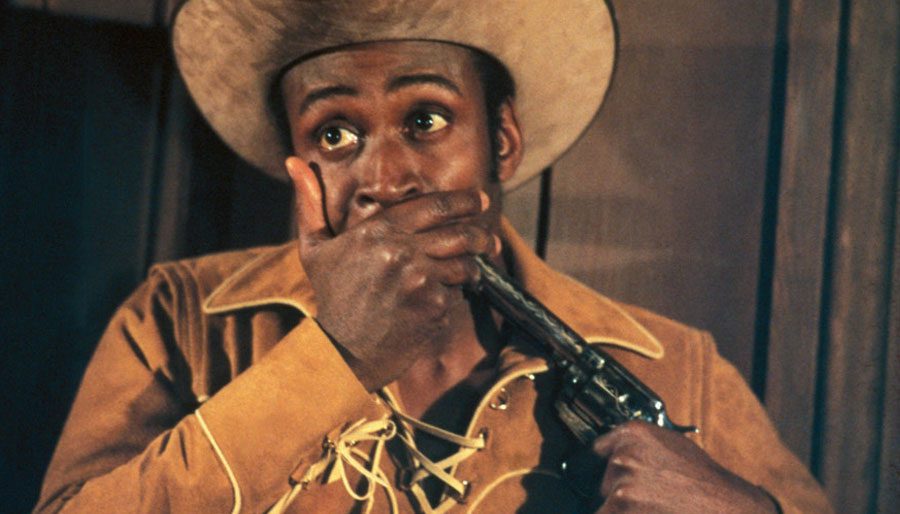 Mel Brooks gave the world an irreverent look at Western tropes with BLAZING SADDLES. By today’s standards, the humor in this film may offend – but that’s kinda the point. Leave your 3 word review and tell us why you ride a blazin’ saddle.

This film was released in February of 1974 and to the surprise (and delight) of many, it became a blockbuster hit and was the number one hit for the year. The writing is classic Brooks, full of puns and bawdy humor and very sharp satire, with some of the best lines becoming meme-worthy in their own right.

In order to ruin a western town, a corrupt politician appoints a black Sheriff, who promptly becomes his most formidable adversary.

Let us know what you think of BLAZING SADDLES by leaving your 3-word review in the comments section, below.

We’ll be seein’ you ’round the campfire, Mongo.