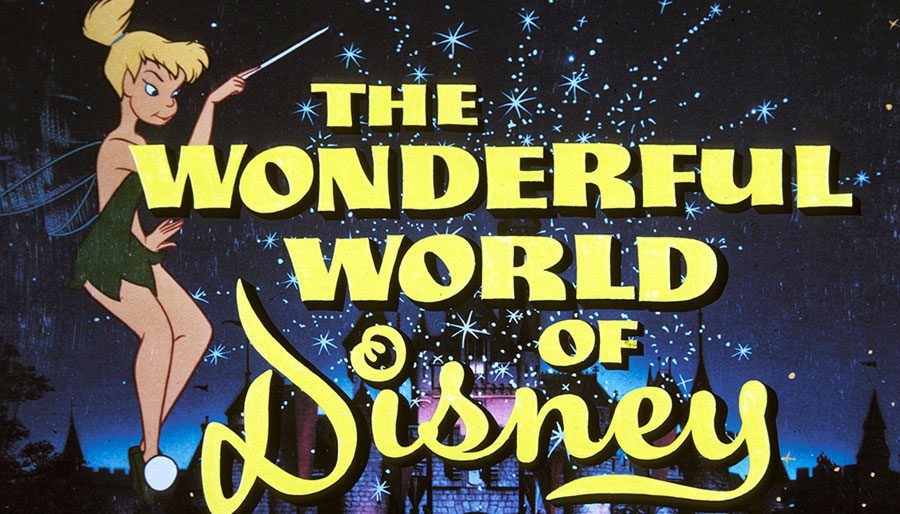 In the 60s, Sunday nights belonged to Disney. Initially used to help sell color TVs to American consumers, by the late 60s, Disney’s only competition came from the 60 MINUTES news magazine and annual telecasts of THE WIZARD OF OZ.

Do you remember Disney’s “Wonderful World” program on Sunday nights? Leave your 3 word review and tell us what you remember.

The anthology series was retitled every few years and by the late 60s, the novelty of the show being broadcast in color had worn off. In fact, much of what made the show unique in the late 50s and early 60s had been replicated on other shows and although TWWOD continued its solid ratings performance into the 70s, the period marked the beginning of the great decline in the studio’s creativity (following the death of Walt Disney in 1966).

The anthology series was an outgrowth of Walt Disney looking for funding for Disneyland with his brother Roy Disney approaching all the big-three networks with American Broadcasting-Paramount Theatres taking the deal for programming for ABC. Eventually, the company moved the show to NBC in the early 60s where it stayed through 1979.

Do you remember spending Sunday evenings in front of the TV, watching The Wonderful World of Disney on NBC? Let us know what you remember by leaving your 3-word review in the comments section, below.

Tink you very much.