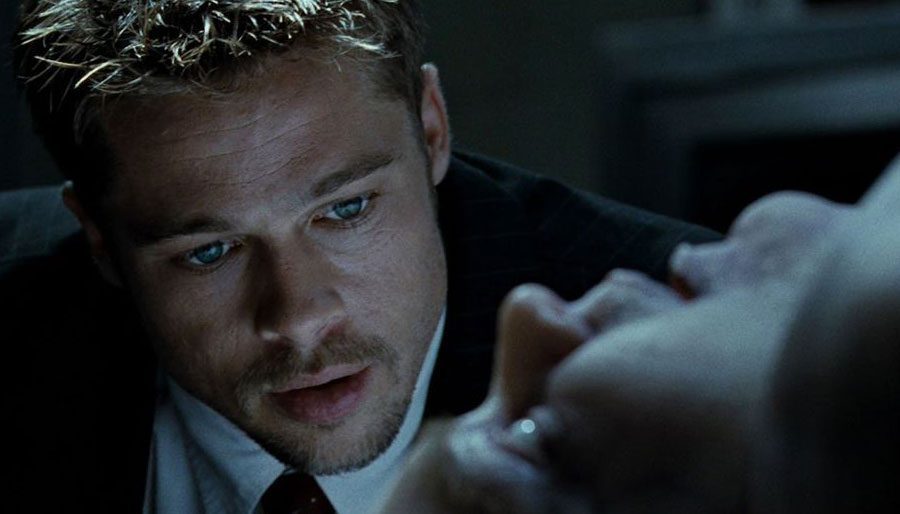 Brad Pitt and Morgan Freeman star in Se7en, and hunt down a serial killer using the seven deadly sins as motivation. What will it take to motivate you to leave a 3-word review?

Anything but a buddy cop movie, SE7EN is now recognized as a breakthrough crime/horror film. Directed by David Fincher and starring Brad Pitt, Morgan Freeman, Gwenethe Paltrow and Kevin Spacey, the film was the first “A” production for New Line Cinema. The bet by the studio paid off, since SE7EN went on to be the seventh highest grossing film of 1995.

A film about two homicide detectives’ (Morgan Freeman and Brad Pitt) desperate hunt for a serial killer who justifies his crimes as absolution for the world’s ignorance of the Seven Deadly Sins.

Let us know what you think of SE7EN by leaving your 3-word review in the comments section, below.