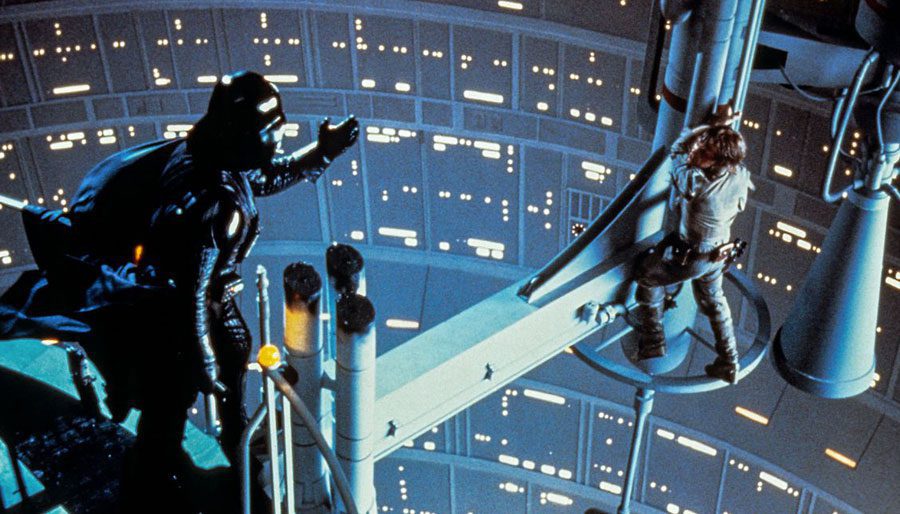 Arguably the best of the Star Wars movies, THE EMPIRE STRIKES BACK is full of action, adventure and, quite possibly, one of the biggest plot twists in the history of cinema. Let us know what you think of this movie with a non-spoilery, three-word review.

George Lucas’ follow-up to Star Wars (eventually called STAR WARS: A New Hope) is a more nuanced look into the main characters and Luke’s journey as a hero. This movie was followed by STAR WARS: Return of the Jedi which establishes the triptic of films as the second trilogy in the Star Wars saga (to be followed, eventually, by the prequel trilogy and sequel trilogy).

After the Rebels are brutally overpowered by the Empire on the ice planet Hoth, Luke Skywalker begins Jedi training with Yoda, while his friends are pursued by Darth Vader and a bounty hunter named Boba Fett all over the galaxy.

Let us know what you think of THE EMPIRE STRIKES BACK by leaving your 3-word review in the comments section, below.