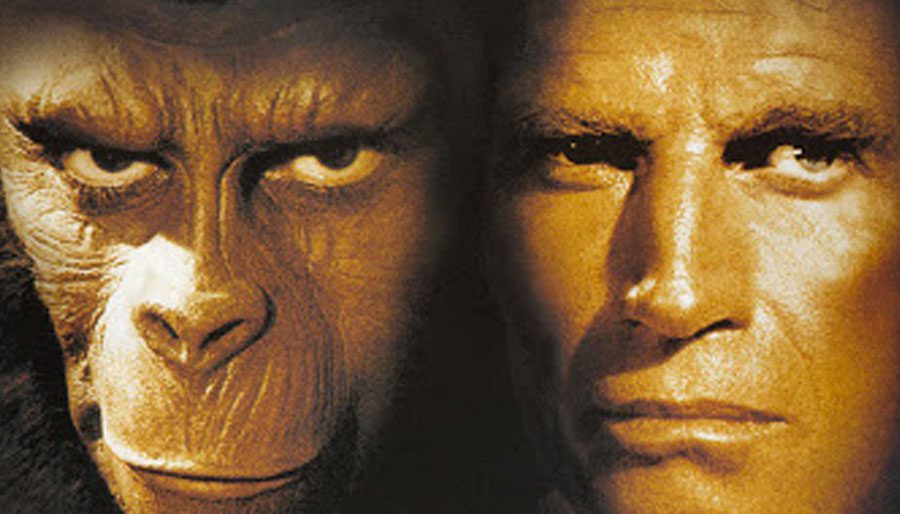 When it hit theaters in 1968, PLANET OF THE APES took people’s breath away. Tell us what you thought of it in a 3-word review …

Nominated for two Academy Awards when it debutes in 1968, PLANET OF THE APES, was heralded as a frightening, dystopian sci-fi adventure. Based on Pierre Boulle’s novel and re-structured by the Twilight Zone’s Rod Serling, this film’s subversive approach to story telling captivates a viewer until the reveal at the very end of the film that is sure to haunt the unsuspecting movie-goer for days afterward.

An astronaut crew crash-lands on a planet in the distant future where intelligent talking apes are the dominant species, and humans are the oppressed and enslaved.

Let us know what you think of PLANET OF THE APES by leaving your 3-word review in the comments section, below.