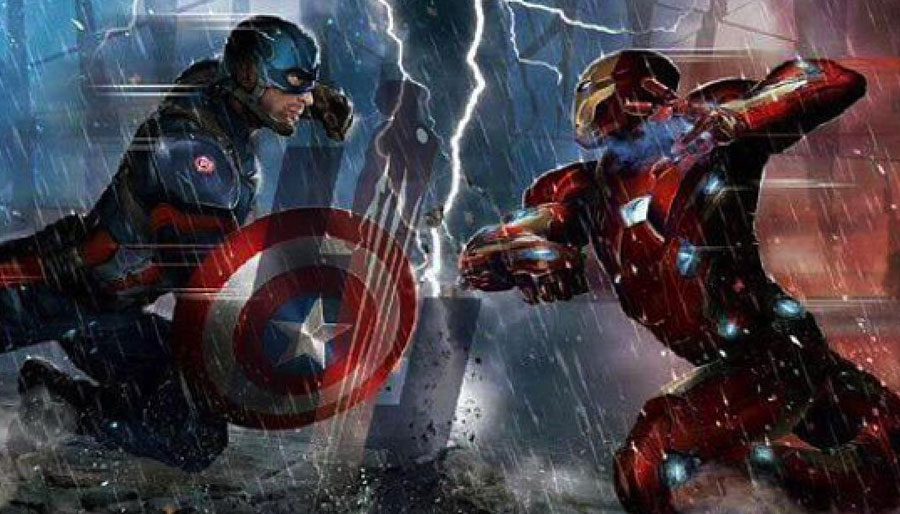 The Captain America movies in the MCU have been tight, action/espionage films and CAPTAIN AMERICA: CIVIL WAR does not disappoint. Tell us what you think of it in just three words …

The Russo Brothers (directors Anthony and Joe Russo), set up their ultimate opus, AVENGERS: INFINITY WAR with this action-packed thrill fest which chronicles the breakdown of the Avengers and the debut of your friendly, neighborhood SPIDER-MAN.

Political involvement in the Avengers’ affairs causes a rift between Captain America and Iron Man.

Let us know what you think of CAPTAIN AMERICA: CIVIL WAR by leaving your 3-word review in the comments section, below.

We can do this all day.