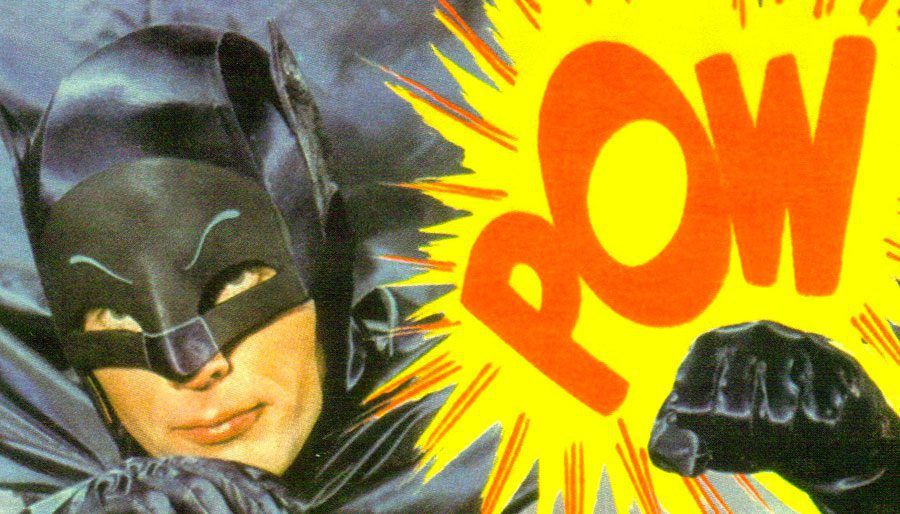 Holy Prime Time! The Caped Crusader and Boy Wonder were a big hit in the 60s with the BATMAN TV show starring Adam West and Burt Ward. Give us your 3-word review …

The 1960s saw the return of many comic book characters to the airwaves – but these aren’t the gritty, grounded superhero stories we see on TV today. BATMAN – and other series like it (GREEN HORNET and later WONDER WOMAN and SHAZAM) – were camp-fests. Silly, pulpy stories meant to give a sly wink and nudge to a 1960s society irritated with a foreign war and uncomfortable with social strife at home.

Wealthy entrepreneur Bruce Wayne (Adam West) and his ward Dick Grayson (Burt Ward) lead a double life: they are actually the crime-fighting duo Batman and Robin. Racing to the scene of the crime in the jet-powered Batmobile, Batman and Robin must (with the help of their trusty utility-belts) thwart the efforts of a rogues gallery of flamboyant archvillains, including The Joker (Cesar Romero), The Penguin (Burgess Meredith), The Riddler (Frank Gorshin) and the Catwoman (Julie Newmar and Eartha Kitt).

Let us know what you think of BATMAN (The mid-60s TV Series) by leaving your 3-word review in the comments section, below.