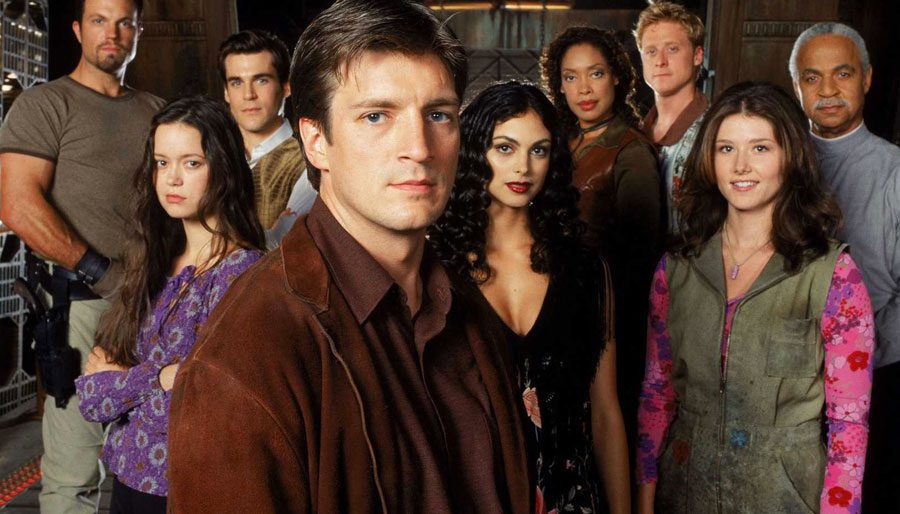 In the early 2000s, a little space-western rode into our lives and then left again before its first season came to a satisfying conclusion – and it changed the way we thought about sci-fi in the process. Tell us what you thought about FIREFLY in today’s 3-word review challenge.

This series is noted as much for its premature demise as it is for the overall quality of the one season that was produced. Much like with other sci-fi schows that came before it, FIREFLY’s fanbase rose up and demanded more episodes and were rewarded with a movie, SERENITY which, in all honesty, still doesn’t provide a satisfactory conclusion to the adventures of Captain Mal Reynolds.

Five hundred years in the future, a renegade crew aboard a small spacecraft tries to survive as they travel the unknown parts of the galaxy and evade warring factions as well as authority agents out to get them.

Let us know what you think of FIREFLY by leaving your 3-word review in the comments section, below.