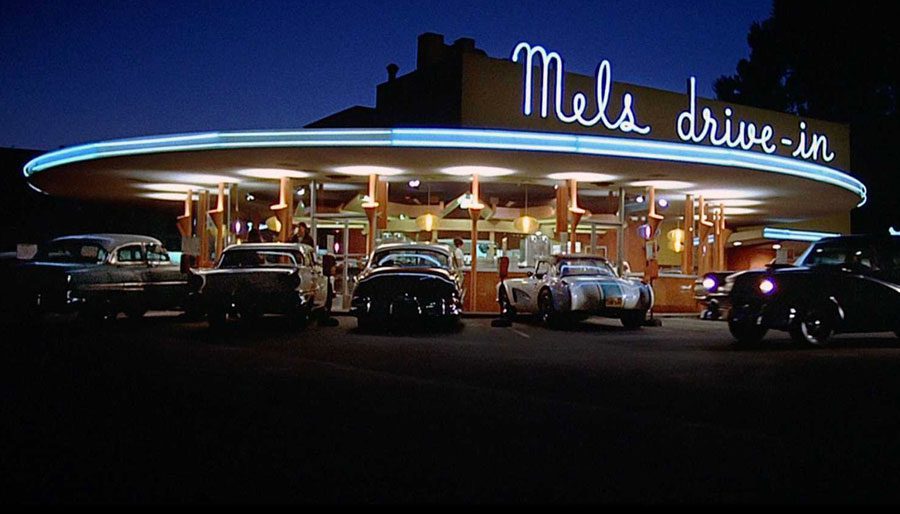 Where were you in the early 70s? If you were George Lucas, you were busy reliving your high school days in 1962, shooting and producing AMERICAN GRAFFITI.

This film established Lucas as a filmmaker (and we know where that led), introduced the world to Harrison Ford (and we all know where that led), and eventually led to “happy days” for both Ron Howard and Cindy Winkler. Lucas eventually went on to write a sequel (MORE AMERICAN GRAFFITI) which was released in 1979, but not as successful as his other sequel attempt which would hit theaters a few years later.

A couple of high school grads spend one final night cruising the strip with their buddies before they go off to college.

Let us know what you think of AMERICAN GRAFFITI by leaving your 3-word review in the comments section, below.

C’mon, Marblehead, you know ya’ wanna.